The following two excerpts are from a recent post on the Fire Law Blog operated by Curt Varone. The situation is tragic for both the family who lost a loved one and for the fire departments facing the loss of public trust.

“The family of a man who died in a fire last year has filed suit against twenty-one Illinois fire departments and two chief officers claiming they failed to effect his rescue.” 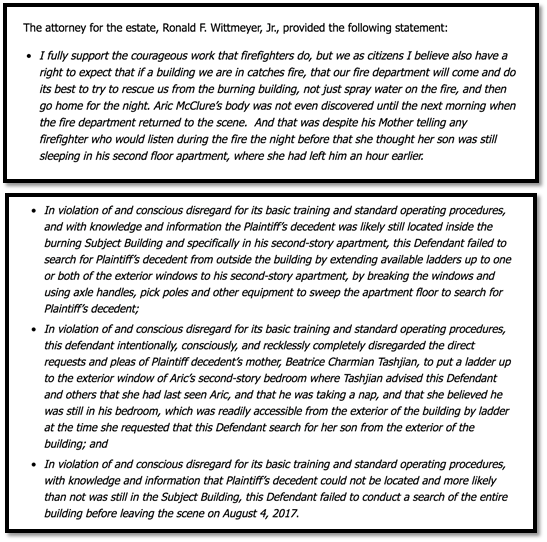 When I first read this post I began to wonder if this was our future? Are citizens seeing enough news footage and television shows of firefighters working that the expectation and therefore accountability has changed for us? Will policies and procedures that exist in absence of action (fire service lip service) be tested in court?

But then I realized that citizens have always had these expectations, and they do have every right  to question when they aren’t being met. No matter how painful it might be for us in our line of service, the loss of pride cannot be weighed against the loss of life. 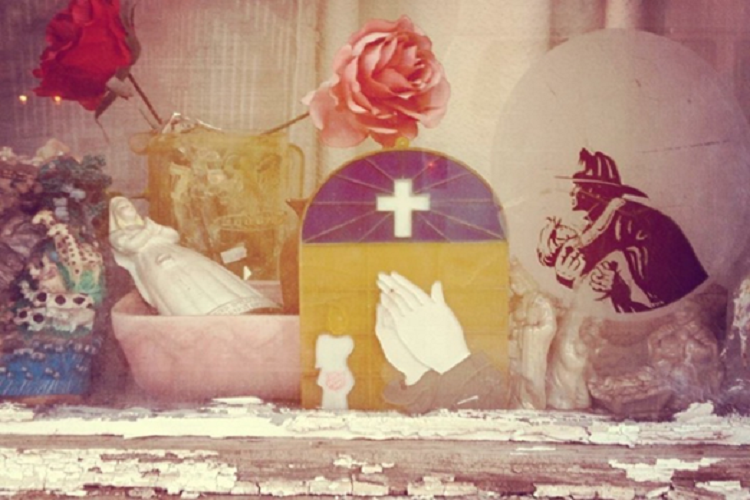 Gabe Angemi is a Captain in the Camden, New Jersey Fire Department. He took this picture of a window sill of a house in a neighborhood he served. In this image you may see religious artifacts and a sticker with a firefighter making a rescue but there is so much more than that.

The sticker, which is badly faded, was an original Tot Finder sticker. In the 1970s and 80s there was a campaign where parents could go to a local fire house or hardware store and get one of these stickers to place in their children’s bedroom windows. The later stickers were even reflective. The idea behind them was that firefighters could quickly recognize the rooms where children might be and make them a rescue priority, a “VES Here!” sign if you will.

While hardware stores and firefighters distributed these stickers without giving it much thought, civilians viewed this as a commitment. If they placed this sticker in their child’s window they were telling firefighters to put the little lives ahead of all others in the home and make valiant efforts.

I know this not because of research on history, I know this from personal experience.  As a child, my bedroom window had this sticker on it. I saw it every day and every night my entire childhood. To me that sticker was never just a sticker, it was a symbol of faith.

Consciously or sub consciously, every second of everyday, citizens place their faith in God and public servants to protect them and their loved ones from harm. I believe there is no more powerful example of that than Gabe’s picture where a citizen is displaying their religious symbols of faith on a window sill with that sticker. Hands folded in prayer beneath a cross share the same space as the working hands of a firefighter making a rescue. If you are not deeply moved by the composition of that imagery you have yet discovered the gravity of what you represent.

My parents placed that sticker in our windows deliberately. They had so much faith in the social contract of that sticker and in the abilities of firefighters that they slept better at night knowing in the event of a fire, the lives of my sister and I would be in those hands.

What strikes me is that the Tot Finder stickers were not a fire prevention campaign, they were a firefighter action campaign. Parents were not receiving messages on how to protect their children from fire with those stickers, they were being informed that in the event of a fire the sticker was a tool that could save precious time in the event of immediate action.

There is much debate on why the campaign faded. Some believe it was the loss of social trust, and the potential that bad people in the world would take advantage of rooms that identified children. Others claim that it was to reduce the potential that firefighters may take “undue risks” as people moved or children grew, and stickers were not updated. Either one points to unfortunate downturns in society and service.

An average of 2,700 Americans die in residential structure fires every year.  Almost every civilian fire victim is a victim of their first fire. They have no experience with fire, no protective equipment and they were most likely never expecting to be involved in that fire that claimed their lives. Often as firefighters we see this lack of experience with fire in our public as a certain complacency regarding the true hazards that exists. We become frustrated that the general public doesn’t take fire prevention more seriously; we blame them. We think of smoke detectors and replacing batteries and struggle to come to grips with how someone can’t take a few seconds at daylight savings to make their home safer. After a reported child fire fatality (on average 10% of the annual US civilian fire fatalities) I often hear people question “How could a parent not rescue their own child?”

We should pause with all this and think maybe we are putting a little too much responsibility on them and not recognizing what our role is? Is it possible that while most of those fire victims knew very little about fire, one thing that nearly all those fire victims knew was that the fire department would be coming for them? Is the civilian fire fatality problem completely due to their complacency or could some of it be their faith in firefighters?

We should also consider that when we as professional firefighters place too much faith in prevention there is a problem. We hope that the sprinklers stop the fire, we hope they have smoke detectors to alert occupants, we hope when we arrive their escape plans worked and they say everyone is out. These prevention measures are designed to do many of our jobs for us, but does this lead the professionals to do more praying than preparing?

Today’s fire service probably more so than ever before is looking for prevention opportunities. With great intent and purpose fire safety campaigns are launched. When we do launch these campaigns, we must understand that the context in which the civilian population puts the message may not be the same way we hear ourselves delivering it, and with new messages there may be new expectations.  Are we aware of the potential unintended outcomes of prevention messages that put us to task? What happens when more 911 calls for fires come from the inside?

One of the most widely broadcast fire prevention messages today is the Close Before You Doze campaign. Data from research into the degree of protection from the thermal and toxic threat of fire that a closed door provides has been incredible. The fire service seems to be pushing all in on this message in hopes that creating a muscle memory of closing doors to bedrooms at night will be more reliable than the twice annual battery replacement reminders. I truly believe long term that this will be a life saver once it gets full traction. With that said I want to provide some consideration and perspective. Just as very few firefighters gave much thought to the symbolism of the Tot Finder stickers when they handed them out I wonder how many are hearing what we are telling the public with this campaign.

When our message to our unprotected public highlights the fact that in the event of a fire the other side of their bedroom door is lethally hot and toxic we are training them to shelter in place. As the paper flyers for EDITH (Exit Drills in the Home) sit on shelves and the Close Before You Doze videos go viral on Face Book and make the rounds on morning and nightly news shows our world is shifting. As escape route messages are drown out by protect yourself posts we are putting the job back on us not reducing it. We need to consider if we are we heading towards a day when we arrive to house fires where instead of finding a father standing in the front yard telling you everyone is out, he is telling you exactly where everyone is inside.

We as professional firefighters may think it would be insane for a parent to leave their child in a burning home, but they are hearing us tell them to do just that if they do not have the time to get to them. Our message to the public is that the best thing they can do to save the lives of their loved ones is closing the door to rooms when they tuck them in bed at night, and with that they are trusting that we will take care of the rest. We are telling them it is OK to put a tremendous amount of faith in that door, just as my parents were convinced it was ok to put a tremendous amount of faith in that sticker in the window.

If the civilian residential fire safety push from our profession is to compartmentalize and shelter in place then it is incumbent on us to match the message to firefighters that we refine our actions of cooling open spaces, extinguishing fire and bringing their loved ones out. We may think we control fire prevention messages but the public controls the interpretation and the expectations of our actions, both socially and possibly legally. As of now not all of them are closing their doors at night but all of them expect that we are coming for them. With that complete strangers are placing their faith in us and God because no one else is coming when they aren’t coming out. 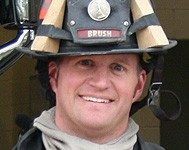 Brian Brush began his fire service career in Northern California in 1996. He is currently a Firefighter for the City of Edmond in Edmond, Oklahoma. Brian holds a bachelors degree in Fire and Emergency Services Administration and is in the Executive Fire Officer Program at the National Fire Academy. He has been a classroom instructor at FDIC and contributing author to Fire Engineering.