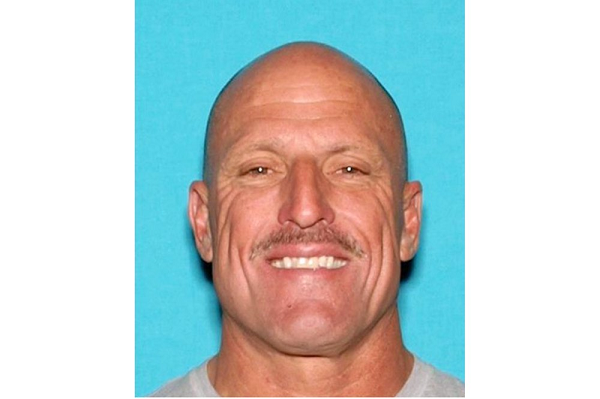 Fournier radioed to say his hydraulics appeared to be failing

LOS ANGELES (AP) — The family of a veteran helicopter pilot who died when his aircraft crashed as he was dropping water over a California wildfire filed suit Wednesday against the companies that designed and maintained the aircraft.

Michael Fournier of Rancho Cucamonga, California, died Aug. 19 as he was battling a blaze raging out of control in rugged, smoke-shrouded terrain near the small central California town of Coalinga, California.

He had completed several water drops and was about to make another when his aircraft suddenly crashed and burst into flames.

His wife and two daughters filed suit against the UH-1H helicopter’s manufacturer and the company that serviced it. Both were accused of negligence and wrongful death in the suit that seeks unspecified damages.

Moments before Fournier’s copter spun out of control he had radioed another pilot following him to say that his hydraulic system appeared to be failing, according to a preliminary report from the National Transportation Safety Board.

The other pilot was trying to help him find a safe place to land, the NTSB report said, when he suddenly saw Fournier’s aircraft begin to spin out of control and plunge to the ground. As it went down, the pilot said he heard Fournier shout “mayday” several times.

“Once you lose your hydraulics your ability to control that aircraft is just gone,” said veteran aviation attorney Gary C. Robb, who is representing the family.

An executive with Rotocraft did not immediately respond to a message from The Associated Press. A person who answered the phone at Arrow-Falcon’s office said she was unaware of the lawsuit and declined to comment.

It could be some time before the suit, filed in Ventura County Superior Court, is resolved. Robb said the NTSB’s final report isn’t due for another 18 to 24 months.

Fournier, 52, was battling one of several blazes that raged across California last summer.

This one, called the Hills Fire, swept across 2,121 acres (3.3 miles) and took nearly 150 firefighters more than a week to contain.

It took a team of sheriff’s deputies using four-wheel-drive vehicles and, finally, traveling on foot, to reach the crash site and retrieve Fournier’s body.

All contents © copyright 2020 The Associated Press. All rights reserved.