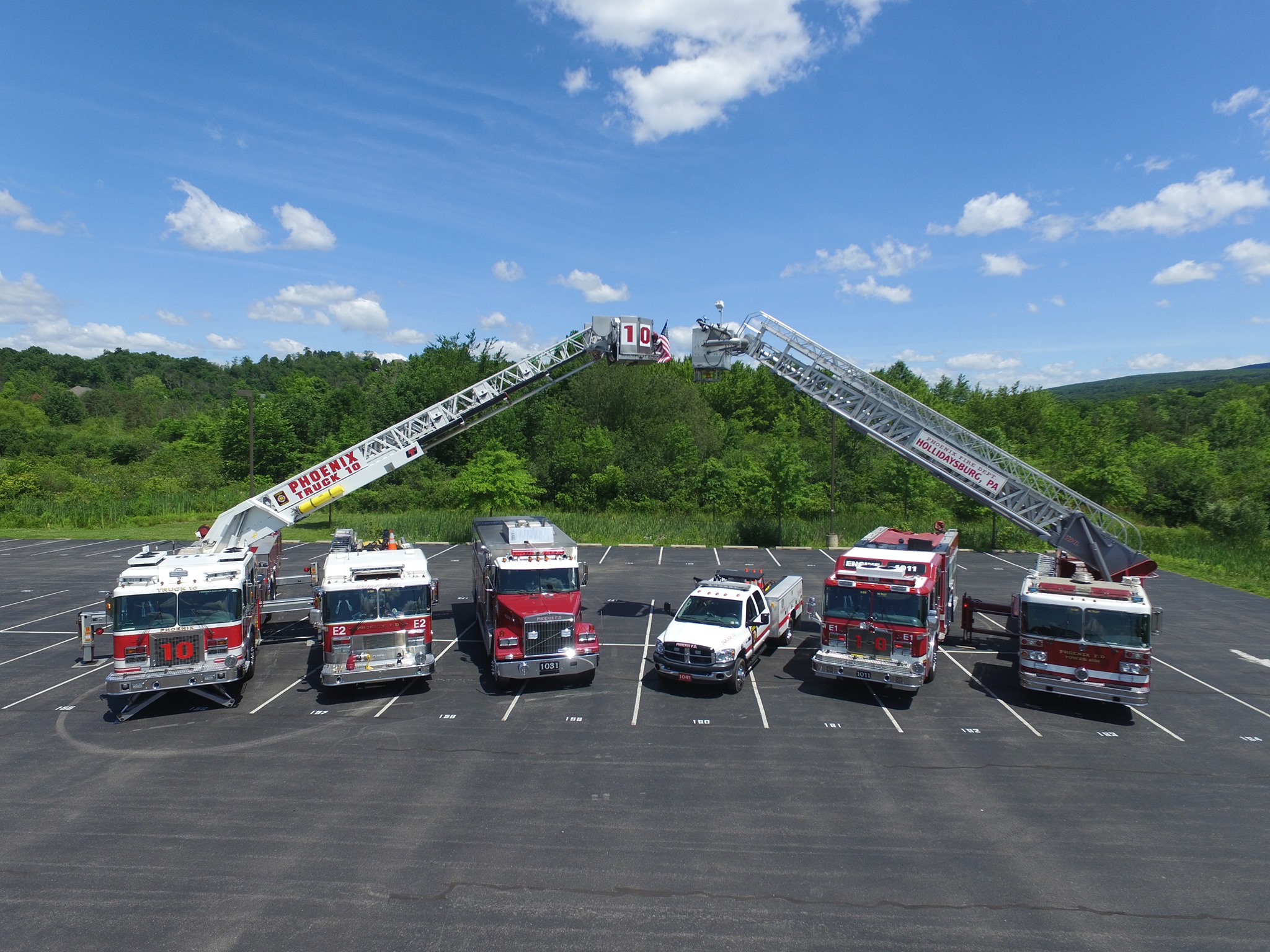 Oct. 19—A former firefighter who stole $1.5 million in federal grant money meant for firefighters in a rural three-county area is headed to federal prison.

He is the second official with the Phoenix company to be punished in federal court for misusing the same Federal Emergency Management Agency grant.

Anthony DiBona, the former chief, was sentenced in August to a day in jail and two years of probation for stealing $57,000 of the grant money and filing false tax returns.

From April 2013 to June 2017, he stole $1.5 million in FEMA money meant for the recruitment and retention of volunteer firefighters in Blair, Cambria and Bedford counties.

“Mr. Rhine’s actions resulted in him illegally enriching himself and shortchanging the community he was supposed to be serving,” said Yury Kruty, acting agent in charge of IRS-Criminal Investigation.

Rhine, of Duncansville, was the grant coordinator for the Allegheny Mountain Firefighters Initiative, overseeing $5.2 million in FEMA grants for firefighting in the Blair County region. Part of the funding was for recruiting and training new firefighters at a time when fire companies are having a hard time attracting people to join departments.

From 2013 through 2017, he diverted $1.5 million to a series of fake marketing companies he set up, prosecutors said.

“The amount of money that Mr. Rhine stole — $1,590,257 — could have made a major positive impact on the local firefighting community,” said Assistant U.S. Attorney Arnold Bernard Jr. in sentencing papers. “Instead, Mr. Rhine took it for himself and spent it without including any of the money — even amounts to which he was legally entitled — on his federal income tax returns.”

The IRS became involved in 2016 when an agent visited Rhine at his house to discuss unusual activity in his bank accounts.

He said he immediately contacted a lawyer and cooperated with the investigation, but Mr. Bernard refuted that, saying he has made no attempt to repay the money and has “frustrated every government effort to mitigate its losses through the criminal forfeiture process.”

At the time of his guilty plea proffer, he had more than $100,000 in his bank accounts and $20,000 in cash at his house, but he spent it instead of giving it to the government, Mr. Bernard said.

When the government started looking into forfeiture of his house and rental property, Rhine stopped making payments on his installment contract, which risked the property reverting to the seller, Mr. Bernard said.

As a result, the government was unable to pursue forfeiture and hasn’t been able to collect anything to offset what Rhine stole.

Rhine argued for leniency, asking for just a year in prison, in part by pointing out that DiBona only got a day in jail.

But prosecutors said Rhine’s conduct deserves a much harsher term.

Rhine was the full-time administrator of the FEMA grant while DiBona was only part-time. In addition, Rhine exercised more control over the grant money and took deliberate steps, such as submitting fraudulent requests for money and and setting up bogus firms for diverting the funds, that DiBona did not.

In the end, Mr. Bernard said, Rhine hurt his fellow firefighters and the small counties he was supposed to be helping.

“Mr. Rhine’s actions, no doubt motivated by selfishness and greed, not only enriched him, but took away from his community,” said Mr. Bernard.

Visit the Pittsburgh Post-Gazette at www.post-gazette.com