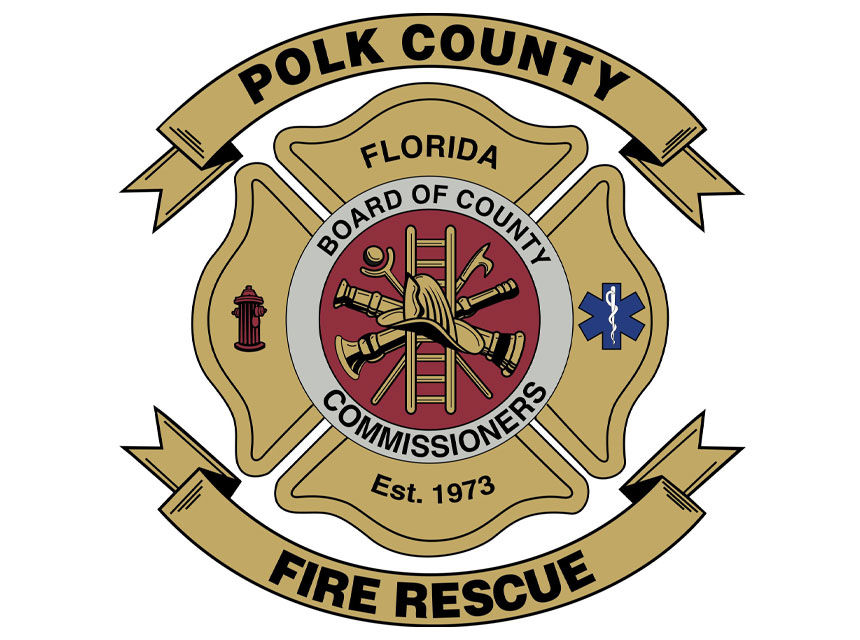 Nov. 3—Polk County’s firefighter union sent out a news release Monday saying that the county’s fire department this weekend sent out newly hired firefighters who have yet to complete required training and a firetruck that was one worker short due to staffing issues.

But Polk County Fire Chief Robert Weech said in an email Tuesday afternoon that the union claims are “untrue and misleading.”

“All new hires are state-certified, have attended a minimum standards class consisting of 398 hours and have satisfied all our firefighter orientation requirements,” he said. “Having newly hired, fully vested, fully certified firefighters who have completed orientation and closely supervised by a seasoned captain aligns with best practice models and is often the practice by other fire agencies.”

Since Aug. 30, Polk Fire Rescue had 17 resignations for various reasons, Weech said. In that same time, the county hired 39 additional members. Another 27 were added on Oct. 1, and an additional 20 are slated to start Monday, he said.

Currently, the department has 52 firefighter vacancies with a projected total work force of 698, Weech said.

“Polk County Fire Rescue has aggressively recruited and hired firefighters/EMT’s/paramedics from the available candidate pool for some time now,” he said in the email.

The union news release, which was also shared on its Facebook page, sent out a different message.

“Major downgrades in service were experienced over the weekend,” the release by the Polk County Professional Firefighter union says. “While you and your family were enjoying the Halloween weekend, Polk County Fire Rescue experienced major staffing shortages that resulted in a reduction of service being provided to the citizens and visitors of Polk County.”

Polk County Manager Bill Beasley said after Tuesday’s County Commission meeting that he was looking into the assertions made by the union, but declined further comment on the news release.

He noted that fire department vacancies are a problem everywhere.

One example in Florida is Volusia County, which has lost 21 paramedics this year. The staffing challenges prompted the county to roll out $4,500 recruiting and $5,000 retention bonuses last month, the Daytona Beach News-Journal reported.

Another: Lake County, which had 41 vacancies in its EMS division as of Aug. 17, prompting the rural county to turn to neighboring communities to help with 911 calls, according to the Orlando Sentinel.

Polk’s union has for weeks been calling on county management to take action to address vacancies and reduce mandatory overtime within the fire department. There were 38 unfilled positions in mid-August, The Ledger reported.

A fire captain, Jerry Riner, was also terminated on Oct. 28 for violating county policy by taking a job with another fire department. The policy is designed to protect first responders from overwhelming cancer risk.

Riner attended the Polk County Commission meeting Tuesday and said during public comment time that he planned to appeal that termination.

The concerns raised in the union’s news release, sent out Monday evening, were also mentioned during public comment time by Riner’s wife, Stacy Ennis, and later by Commissioner Neil Combee.

Combee said that the policy, currently included in the union agreement inked by the county, shouldn’t be a part of the contract next year. Especially considering the ongoing staffing problems, he added.

Ennis said that Riner was terminated for violating policy, but asserted that fire management broke standards by allowing firefighters on the street over the weekend before they completed orientation.

“Polk County is not in a position to let good men and women go,” she said.

The Ledger reported in early September that staff shortages and COVID-related absences have caused Polk’s first responders to pick up 4,495 mandatory overtime shifts over the past year.

As employees continue to leave the agency, the overtime burden on EMTs, paramedics and firefighters has only gotten worse, union leaders say.

“This has put us in such a bad spot,” the release says. “Over the weekend multiple engine companies were staffed with a Captain, Engineer, and a firefighter which was still in their initial orientation/training. These firefighters are not cleared for duty to work as a firefighter, EMT, or Paramedic based on the standards set by the county.”

It goes on to say that one of the fire engine companies was downgraded to a two-man engine company because there was nobody left to mandate to come into work.

He notes that until about two years ago, Polk Fire Rescue’s trucks were operated by two-person teams.

“It’s not something that we haven’t done before and was a standard procedure,” he said. “But we recognized the county’s growing need and pursued a grant to cover the needed funding for the extra member on each of the trucks we have now. While having a two-person team on a truck isn’t our ideal now, at no time was our response to public emergencies diminished.”

Dustin Wyatt covers Polk County government and county-wide issues. He can be reached at dwyatt@gannett.com or on Twitter @LLDustin_Wyatt.