YOUNGSTOWN, Ohio (WFMJ) – Youngstown Firefighter Dwyain Montgomery is lucky to be alive after a bullet ripped through the jacket he was wearing, narrowly missing his chest. Montgomery was sitting in the passenger compartment of the fire engine.

A second bullet fired into Engine Number 7 not only hit the driver’s side door, it was powerful enough to penetrate another metal object in the driver’s compartment and then strike Youngstown Fire Lieutenant Paul Lutton in the right calf.

Lt. Lutton miraculously managed to keep the truck on the road despite his gunshot wound.

Chief John O’Neill says Lutton may need surgery but if he decides not to get it the bullet could remain in his calf when he’s released from the hospital.

“He’s in good spirits. He was actually sitting on the edge of the hospital bed. And if all goes well today, he might get out tonight,” Chief O’Neill tells 21 News.

But as you can imagine these firefighters are shaken to their core wondering why the suspect or anyone would want to hurt them? 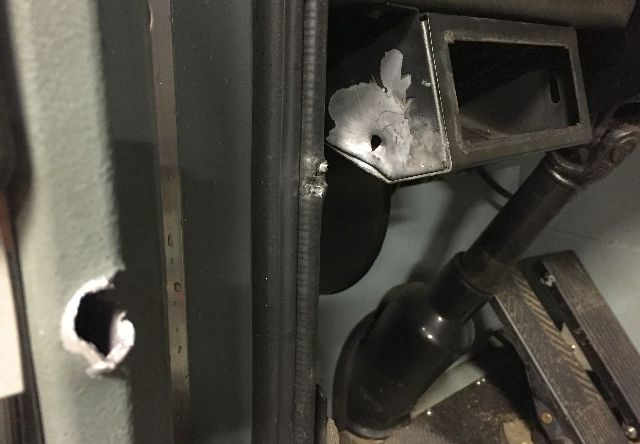 One of the bullets pierced the driver’s compartment of the Youngstown fire truck. (WMFJ photo) 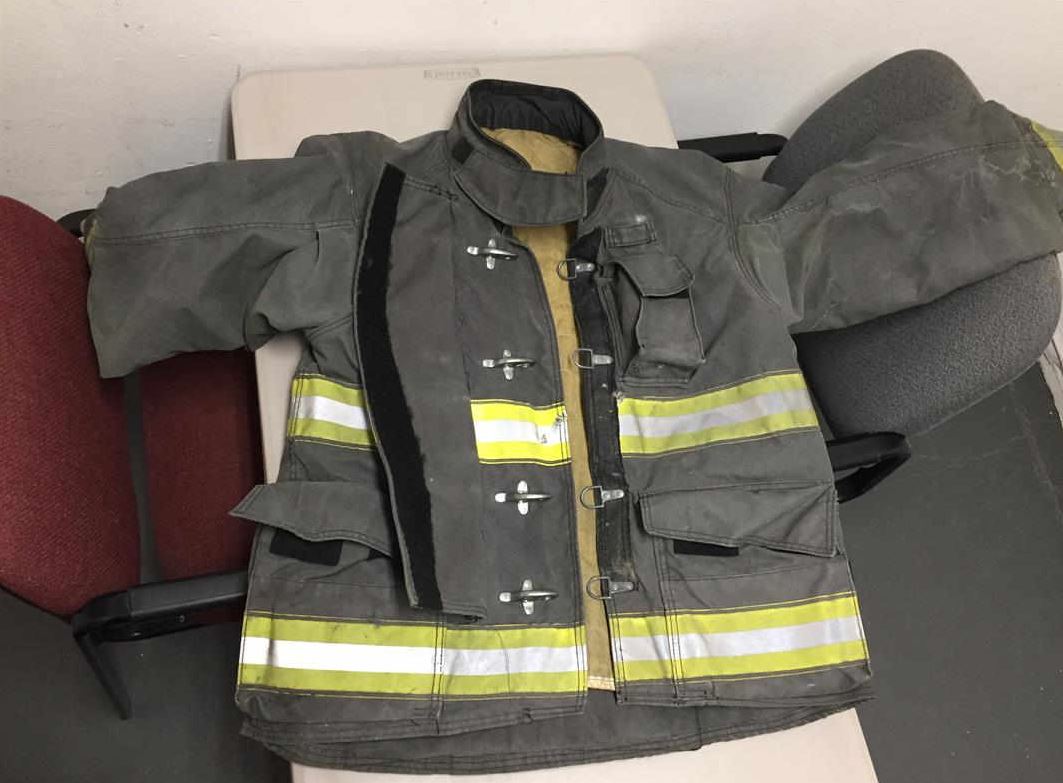 “Why did he have a beef with us? Because at least in our mind there’s no doubt this was on purpose. These weren’t just random shots. He hit the truck twice. So I think the intent was really clear. He meant to hurt us,” Chief O’Neill said.

Fire Lieutenant Tony Ciccone who is also the President of Youngstown Professional Fire Fighters IAFF Local 312 says, “When we come to help we’re usually welcomed with open arms. So to have something like this happen, it’s a lot different for us and we’re trying to adjust to it. We just want to make sure that we’re able to do our job safely.”

Youngstown Firefighters say until the suspect is caught they’ll be overly cautious to keep each other safe. And they hope the public comes forward if they know who is responsible.

“Especially if anyone would get any information about this one twisted guy. We’ve got to get him off the street. He doesn’t deserve to be on the street. We’ve got to find him. Get him locked up and get him out of here,” Chief O’Neill said.

The chief and the union agree this shooting will likely have them looking at new safety measures, and that means possibly revisiting the idea of Youngstown Firefighters wearing bullet proof vests and the batallion chief taking advantage of conceal carry. But they admit there are good and bad points to both ideas.