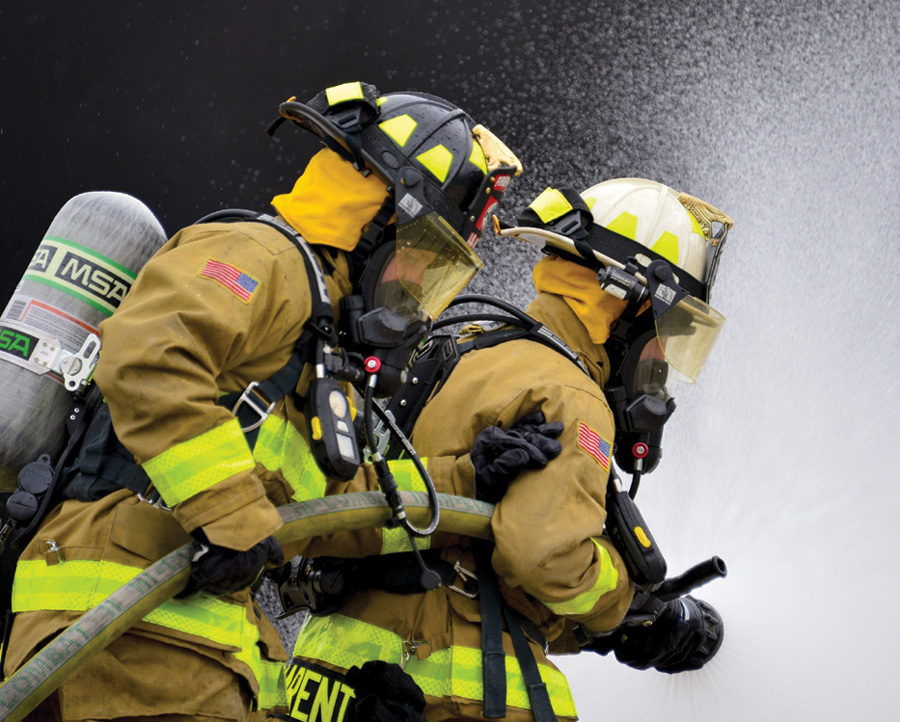 On the fireground and off it, know that the words you swore to are a solemn commitment to all those you stand before. Don’t let them down. (Photo by Pixabay.)

On October 19, 2016, I was present at the Hamilton Township (NJ) Fire District #3 fire station, also known as Rusling Hose Co. I was there to see my son and others sworn in as career firefighters as well as others sworn into new positions for which there were being promoted. Obviously, this was a proud moment not only for those taking the oath but also for loved ones and other close friends. There were parents, children, spouses, significant others, and grandparents. Additionally, there were long-time friends, mentors, and officers from other fire companies. The mayor officiated the swearing in. In all, it was an exciting event for both those taking the oath and those honored to see their loved ones put their right hand on the Bible and raise their left to officially take the next step in their career through the swearing in process.

Why do we go through the ritual of taking the oath? What does it represent? On what is it based?

Threats to the Oath

Thousands daily take the oath from elected government officials: officers of organizations such as the Rotary, Kiwanis, and American legion as well as those joining and being promoted in the military. Before they take the oath, do they ponder the three questions I asked above? Do they take time to consider the sanctity of the words they are about to repeat? Are they aware of the sacred responsibilities being entrusted to them as they raise their right hands and repeat after the officiant?

From the actions reported today in the media of firefighters being fired for sexual harassment, elected leaders for corruption and graft, as well as officers of nonprofits embezzling money from their organizations, it doesn’t appear the oath and swearing in process holds much reverence.

Reputation management and ethics are a big deal in all these organizations today because of the proliferation of those under oath betraying the trust that was bestowed on them.

What Is An Oath?

So, what is this oath, and why is it so important to the organizations that use it? What is its purpose? What should be in it? How can it be used to restore faith in people and organizations to act ethically? Merriam-Webster describes the oath as (1) a solemn usually formal calling on God or a god to witness to the truth of what one says or to witness that one sincerely intends to do what one says, (2) a solemn attestation of the truth or inviolability of one’s words. 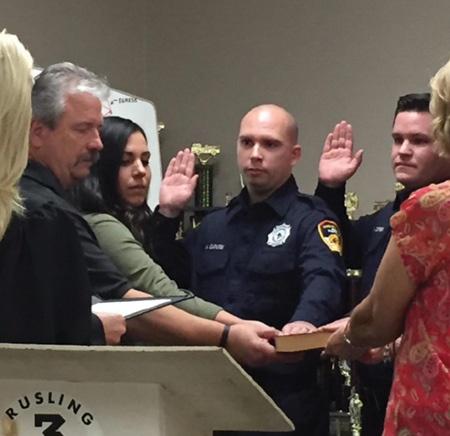 Brandon Correia taking the oath as he became a career firefighter in October 2016. (Photo by Susan Correia.)

In 2002, Lieutenant Colonel Kenneth Keskel, USAF, wrote “The Oath of Office: A Historical Guide to Moral Leadership” for the Air and Space Power Journal, Winter 2002. In the article, Keskel provided this brief history of the oath:

According to one reference work, an oath is “a solemn appeal to God to witness the truth of a statement or the sincerity of a promise, coupled with an imprecation of divine judgment in the event of falsehood or breach of obligation.” This definition is captured in the Hippocratic oath, one of the world’s oldest and most famous: “I swear … according to my ability and judgment, I will keep this Oath …. With purity and with holiness I will pass my life and practice my Art …. While I continue to keep this Oath unviolated, may it be granted to me to enjoy life and the practice of the art, respected by all men, in all times! But should I trespass and violate this Oath, may the reverse be my lot!” Several concepts in this oath still resonate in the one taken by today’s military officer–a call to a higher power, a statement to perform to the best of one’s ability, a sense of honor, and an acknowledgment of the consequences of failing to live up to one’s word.

In both Merriam-Webster and Keskel’s research, the oath is considered a “a solemn appeal to God,” an entity revered by many as the Supreme Being, the ultimate force that we must all answer to. That sets the framework for what level of reverence, respect, honor, and trust an oath is given. It puts an oath at the highest level of expectation and responsibility.

To many, there is no dishonor worse than breaking an oath, yet we pay little attention to the words, meaning, and expectations of an oath. In fact, many times the framework for the oath of an organization is a canned, off-the-shelf document, with little relation to the organization using it and the person swearing to it. Keskel goes on to state, “ … the oath represented more than a simple, ceremonial formality; rather, it provides overarching guidance and a standard of moral conduct, as opposed to dictating specific, limited criteria.” He continues in the article to break down every section of the oath of allegiance all sworn military personnel take, providing a description to make it clear what the expectations are of those who take the oath. How many fire and emergency response organizations can say they pay that much attention to the sworn oath of allegiance their personnel are taking?

Why does your organization still administer the oath? Is it just because it’s a time-honored tradition that makes everyone feel all warm and fuzzy? Or is it to set a criterion for the ethical and moral standards for the organization and it personnel? Have you decided what values your oath will embody? What words represent your organizational mission? What overall message you want your oath to embed in your personnel? Crafting an oath shouldn’t be performed in a vacuum; it should be a whole organization process.

I would hope it’s so crystal clear by now that a bat can see the importance of an oath and the significance of the message it message imparts. The formula to making an oath work includes the following:

1. It must be relevant to your organization and the type of work you do. The oath for the Rotary is not going to work well for a fire department. While there are some likenesses, the organizations have different missions.

4. The meaning and intent need to be clearly understood by everyone in the organization.

5. As Keskel advises, an oath is “a solemn appeal to God to witness the truth of a statement or the sincerity of a promise, coupled with an imprecation of divine judgement in the event of falsehood or breach of obligation.” The sincere and unyielding sanctity of the oath must be regularly reiterated. It needs to be acknowledged every time before it is administered so those about to take it understand the implications of failing to honor its significance.

I recommend the following steps for all who will be taking an oath either for the first time or when promoted to a higher rank. These steps will help ensure the people being sworn clearly understand the oath and its expectations and provide a guide to good performance.

To make sure they understand the oath they are being sworn to, have them do the following:

– Report on it: Have them write a short report on what the oath is and what it means to them. With this document, you can get a clearer understanding of their perception of the oath and how they interpret it. It provides clarity of their understanding of the expectations the words they repeat and swear to will impose on them.

– Use as part of their ongoing evaluation: Use the oath and their reports as an ongoing part of their feedback process to determine if they are living up to the oath as well as their perception of what the document expects of them.

So, when you step up to the podium and raise your right hand in front of family, friends, and the community that put its trust in you, know the words you swear to are a solemn commitment to all those you stand before. Don’t let them down.

Anthony Correia is a 40-year veteran of the fire service, having risen through the ranks to various emergency service leadership positions. He is the retired director of the Burlington Township (NJ) Fire Department. Before that, he was fire chief in Warrensburg, Missouri. Correia is currently an active paramedic in Pennsylvania as well as a volunteer firefighter in New Jersey. He has completed the Executive Fire Officer Program as well as the Certified Public Manager program. Correia served as a chief officer in both fire and EMS organizations. He is actively involved in many emergency services related organization, both locally and nationally. Correia has experience in volunteer, combination, and career organizations. He has been an active educator for more than 35 years. Correia is an active blogger and has two millennial sons with different views on life, which required him to learn more about the whole generation.