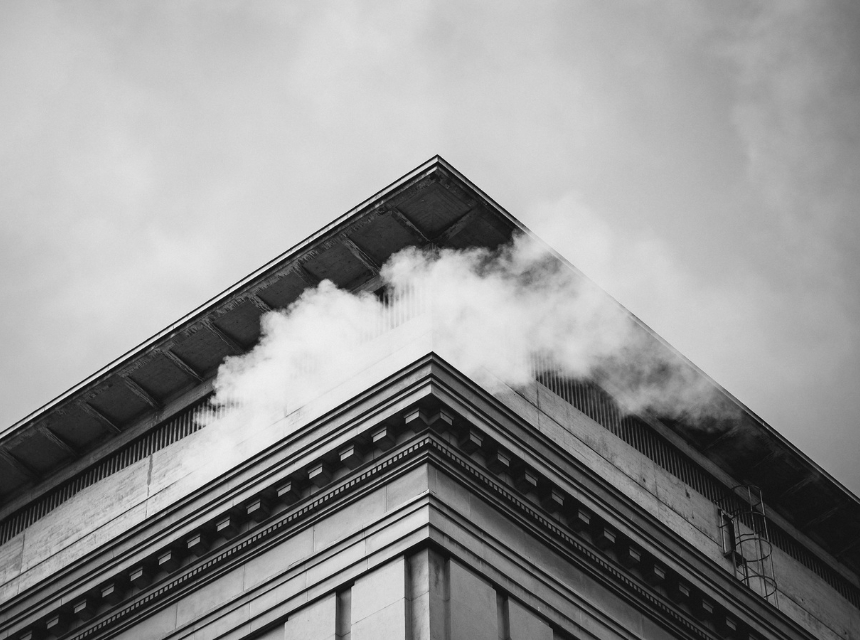 The art of reading smoke is a process that evaluates four visible smoke attributes–volume, velocity, density, and color (VVDC)–to predict fire size, location, and future growth. Reading smoke is critical to good decision making. This skill is as important to the fire attack team at the front door as it is to the incident commander (IC) at the command post. Learn to read smoke at the front door. Understand how to interpret smoke as you force the door and make a fire attack. Use reading smoke to make your fire attack quick, safe, and effective for you and the citizens you serve.

A core concept to understand when reading smoke is that “smoke is fuel.” Where you see smoke there is “continuity of fuel” to the seat of the fire. Practitioners of the craft of firefighting recognize reading smoke is integral to effective tactical decision making. Combining the concepts of “smoke is fuel” and “continuity of fuel” during fire attack entry door operations tells you that the smoke you see is connected directly to the seat of the fire.

Let’s examine reading smoke as part of the first attack line to provide an understanding of the concepts of “smoke is fuel” and “continuity of fuel.”

Smoke is the product of incomplete combustion and/or pyrolytic decomposition, which includes an aggregate of particulates, aerosols, and gases that form a plume. The concept of “smoke is fuel” brings this definition to life. The solids suspended in the thermal plume include carbon (soot), ash, dust, and airborne fibers. Aerosols (propelled liquids) typically include a whole host of hydrocarbons (oils/tar) and moisture. These aerosols, produced from burning or pyrolyzing plastics, have self-ignition temperatures as low as 460°F.

There are perhaps hundreds of named fire gases in smoke. Carbon monoxide leads the list of gases produced during incomplete burning. Other notable gases (in quantity and flammability) are hydrogen cyanide, benzene, and acrolein. Additionally, smoke can contain polyvinyl chloride, hydrogen chloride, hydrogen sulfide, phosgene, nitrogen dioxide, ammonia, and phenol–to name a few. This fuel package (plume) is a potent mix of toxic and flammable products that include a wide range of ignition temperatures.

“Continuity of fuel” recognizes that the smoke plume is connected from the outside of the structure, in a nonstop feed, to the seat of the fire. The smoke attribute density lets you know the strength of the connection between the plume and the seat of the fire. The higher the density, the stronger the connection to the fire. As temperatures inside the plume rise, the risk of rapid fire growth increases. When a smoke plume ignites, “continuity of fuel” predicts a rapid increase in temperatures within the smoke. This predicts increased aerosol and gas ignition and sustained burning of particulates that provides a feedback loop of energy. Without intervention, fire will burn along the fuel path, to the seat of the fire, with potentially devastating consequences. What options do firefighters have to intervene in rapid fire growth initiating from the “smoke is fuel” and “continuity of fuel” concepts?

For the column of smoke/fuel to ignite, it needs a combination of the right temperature and the right mix with air (within the smoke’s flammable range). The right temperature can be anything in excess of 450℉. The right mix in air includes a supply of oxygen sufficient to support ignition. The flammable range of the smoke aggregate can be from 1% to 74% in air! While firefighters can exercise some control over the mix, by limiting the supply of oxygen through door control and coordinated horizontal or vertical ventilation, there is no guarantee that windows won’t break due to fire conditions. On the other hand, firefighters have essentially complete control over the temperature of their operational area through water application. Open the line to control the temperature.

Putting It Together at the Door and in the Hallway

Picture yourself at the front door of a single-family residential fire. You and your team are ready for entry. The line is charged. Your self-contained breathing apparatus is donned. You push open the door and make a read of smoke conditions from the entry door. An initial push of smoke billows out and the fire establishes a bidirectional flow path. Smoke/fuel is exiting out the top door with fresh air going in at the bottom.

Looking down the hallway, you can see a clear thermal layer. Reading the smoke in this environment means applying your understanding of the “smoke is fuel” and “continuity of fuel” concepts along with VVDC, with emphasis on velocity and density.

Smoke that is white to light grey, moving at a low to moderate velocity, will appear either laminar or only slightly turbulent. Low density means you can see the ceiling at least intermittently through the smoke layer. This combination of velocity and density generally indicates a low to moderate level of risk. Ceiling temperatures are likely at or below the low end of possible smoke ignition. It is unlikely you will see any fire within the smoke plume. Advancing under these conditions, in full personal protective equipment, is relatively safe. Vision while low should be excellent and rapid progress to the seat of the fire achievable.

Keeping a read on the smoke, note the rate of change as the fresh supply of air provided by your entry door, or any other ventilation opening, allows an almost immediate increase in fire growth, heat release rate, and smoke production. As velocity increases, you will see a transition from laminar flow to turbulent flow. The speed of the plume exiting will increase, generally combined with increased volume, resulting in the smoke layer dropping. density also increases and you can no longer see into or through the smoke. You may begin to see small pockets of ignition or licks of flame in the smoke plume.

At this point firefighters should strongly consider applying water to reduce the temperature of the smoke layer. Good progress can still be made to the seat of the fire. Water application should be done without disturbing the thermal layer if possible. Nozzles should have less than 10-degree pattern, straight stream, or smooth bore. While visibility matters, decreasing the temperature of the smoke/fuel mix is the more important objective. Fire attack should continue to advance while smoke plume temperatures are maintained below ignition temperatures.

As the fire continues to grow, velocity and density will also continue to rise while the color of the smoke will likely remain dark grey to black. Without the water application as noted above, firefighters in the hazard area are at significant risk as conditions deteriorate. The volume and velocity of the smoke will cause the thermal layer to push down to at or near the floor. Smoke will have significant turbulence inside the plume as well as after exiting the ventilation opening. Smoke will appear very thick as the density of fuel increases with fire growth. If the nozzle has not been opened already, then it should be opened now and remain open through fire attack.

Without water application, smoke will billow out the door and continue billowing as the smoke exits and moves from horizontal flow inside the building to vertical outside the building. ICs or other teams operating outside the fire attack area should monitor smoke conditions at the door from the initial opening through fire attack. Increasing velocity and density represent increased risk. A high volume of turbulent, thick, black smoke exiting from an entry door represents significant risk to those operating inside. Consider these conditions to be approaching a Mayday if a team is operating inside and initiate contact with interior teams to ensure the attack line is open and flowing water. A near immediate change in smoke conditions, such as a color change to white or light grey, should then be visible at the entry door.

Reading smoke is a tool to improve effective fire attack whether on the outside or the inside of the building. Read, think, and react accordingly for the best possible outcomes for the citizens you are sworn to protect.

Phil Jose is a deputy chief (ret.) with the Seattle (WA) Fire Department with 33 years of service. He was Sandpoint Naval Base Aquatics director and has a BS in organizational leadership from Colorado State.

10 Indicators of an Electrical Infrastructure Fire