Effective communication and information sharing on the fireground

By Anthony Avillo and Edward Flood 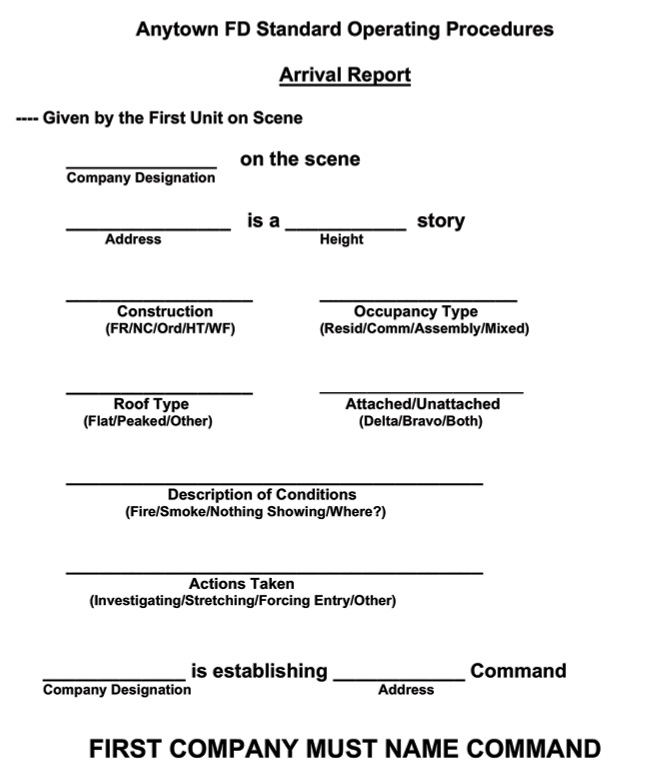 You can’t get good at communicating just because there is a fire or because you are the incident commander (IC). Solid communication, like discipline, is a 24/7/365 full-contact commitment to excellence that comes out of the firehouse like any other tool we use. Good reporting is a practiced skill. It must be sharpened in the soft environment to be effective in the hard environment. Great soft environment communicators are often the best emergency ground communicators. You can’t only give orders on the emergency ground. Radio skills (and order giving) that are not practiced in the semi-soft environment when nothing is showing create problems that come home to roost in the hard environment of the fireground.

There is nothing more effective than the standardized radio report; it is the backbone of good communications, organizational coordination, and training. When the structure of the arrival report differs, whether given by a company or chief officer, it begins a chain of confusion that permeates too many firegrounds at the early (and eventually later) stages. If everyone says whatever they want, there can be no mutual understanding. The main function of the standardized arrival report (along with all other reports) is to put all the players on the same page and more easily allow them to carry out their assigned duties based on the information given over the radio.

The arrival report is not only an information-gathering exercise for the first company on scene but also an “all heads in the game” listening experience for those not yet on scene. A standardized report conditions all responders to listen for the same information and, as a result, apply that information to the actions that need to be taken when they arrive. When responding companies know what to listen for, they will be able to process it that much more effectively and arm themselves for battle once they arrive. 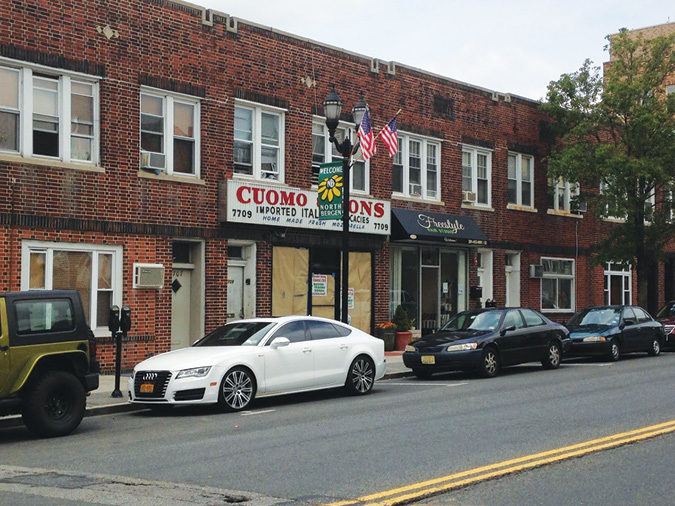 Proper scene report for Engine 17 arriving for a smoke condition at this deli: “Dispatch, Engine 17 is on scene at 7709 Broadway. Have a two-story, ordinary construction mixed-use occupancy with a flat roof, attached on both sides. Have nothing showing from Side A. Engine 17 will be investigating and establishing Broadway Command.” (Photos by authors.)

An effective arrival report will paint a picture for those not on the scene yet, allowing them to prepare assignments just from the information heard en route. For instance, using the term “commercial structure” in the occupancy portion of the report can clue engine companies in to the fact that 2½-inch lines must be pulled. An “attached” building report can clue a ladder company in as to how they might access the roof.

Additionally, the declaration of a flat roof vs. a peaked roof can also dictate initial scene assignments. For example, roof operations in a flat-roof building will be essential no matter the location of the fire, while on a peaked-roof building, roof operations on a lower-floor fire might not be as much a priority as compared to a fire in the attic. A high-rise report will also cue companies in to SOP-driven special assignments that they will be required to accomplish such as the need for standpipe equipment as well as assignments regarding supply of the fire department connection, operation of elevator and other building controls, self-contained breathing apparatus requirements, and an expanded command organization. Waiting until a company gets on the scene to absorb this information puts them at a disadvantage. A structured and comprehensive reporting mechanism takes some of the guesswork out of the picture.

Note for Figure 1, there was a short statement about the threatened exposures and the requesting of a second alarm. That is just a little icing on the information cake, so to speak. It is not always necessary, but sometimes a little more gives a better picture–just be careful of too much arrival report information. Now, doesn’t that sound better than someone transmitting, “Ladder 1 on the scene, checkin’ it out” or, even worse, someone screaming, “We have a fire!”? Casual scene reporting leads to casual (and sloppy) firefighting.

Clear and concise arrival reports set the tone for the incident. The standard establishment of command and the arrival report are deliberate and mandated actions aimed at creating structure and order from the outset of the incident. At some incidents, where conditions are less than ideal on arrival and the home team is faced with a great challenge, the first positive action that should occur is the competent and confident exchange of information in the form of standardized reports. When a standardized arrival report based on solid policy is the norm, companies are conditioned to listen for certain information. When it is not included, the report should be considered incomplete and ineffective. The report template (Figure 1) is part of the North Hudson (NJ) Regional Fire & Rescue (NHRFR) scene communications policy. A copy of this report is laminated, is attached to the apparatus dashboard, and is an expected action. When the reports do not include this information, the people listening for it usually note that, and it is always mentioned in the post operation analysis, usually done tailboard style. No one has, or should have, tolerance for a bad or incomplete report. It is a nice check and balance driven by same rank support. This support of department policies reinforces discipline and buy in. 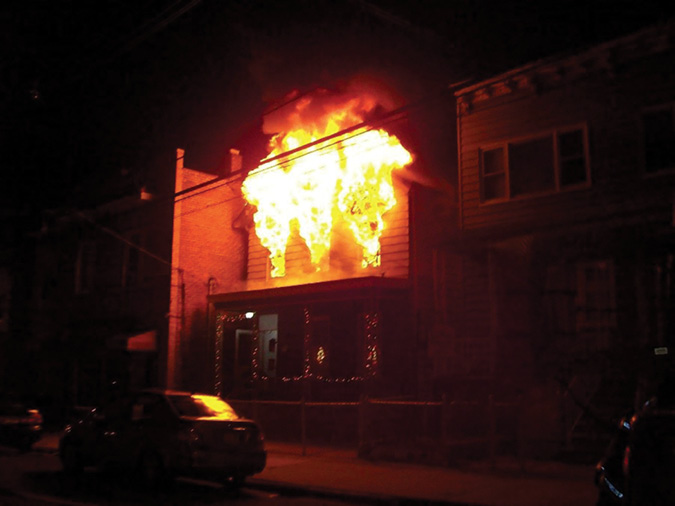 Just because there is a fire does not mean the format of the report should change: “Dispatch: Engine 4 is on the scene. 312-43rd St. is a 2½-story wood-frame residential occupancy with a peaked roof, unattached. Have heavy fire Side A, second floor. Both exposures imminently threatened. Engine 4 will be stretching a line and establishing 43rd St. Command. Strike a second alarm.”

At a recent class on radio reporting and communication held at the Monmouth County (NJ) Fire Academy, there were people from all different departments across the county. We began with the Figure 1 arrival form and showed pictures and then videos. The students were told to read right from the sheet and fill in the applicable information; thus, each report was to sound the same, following the format. It was a little difficult for those who had never done anything like this, but after about 15 minutes, people were already becoming conditioned, expecting to hear certain information from the students giving reports. More importantly, they could instantly pick off what was missing. They began to understand the value of a standardized report. We also spoke about this in a recent Fire Engineering Webcast and have had dozens of requests for the report template. When done right, it not only sounds professional–it sounds cool.

A standardized arrival report puts everyone on the same page and drinking the same Kool-Aid, so to speak. If the formal organization is not supplying the Kool-Aid then someone else is, and it is probably contaminated and will show itself at the worst time.