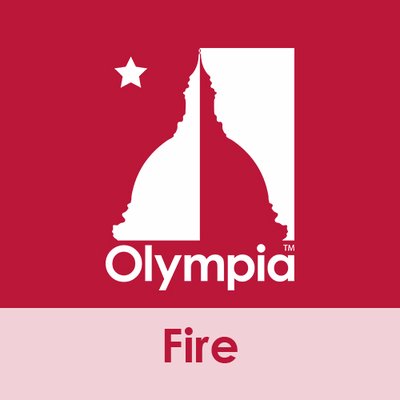 Lacey firefighters responded at about 11:20 p.m. to a call from a worried neighbor who saw flames on the porch of a home across the street, said Jennifer Schmidt, deputy chief of operations at the Lacey Fire District 3.

Most of the home on the 5100 block of Viewridge Drive Southeast was on fire when first responders arrived, Schmidt said. One fire crew immediately entered the home through a window and removed one person, she said.

“They extricated the victim and turned them over to the medics that happened to be on scene already and then they did some life-saving measures,” Schmidt said. “Unfortunately, the deceased appears to have died from smoke inhalation.”

There were no other occupants in the home, she added.

More than 20 Lacey firefighters and six from the Olympia and East Olympia fire departments got the blaze under control in about 35 minutes, Schmidt said.

The home was heavily damaged, she said, and the cause of the fire has yet to be determined.

Schmidt commended the fire crews for locating the occupant quickly, but said the death weighed on the firefighters.

“This one was pretty tragic for our crews because to have a person pulled from a home, you have high hopes they might survive,” Schmidt said. “So this one was one of those that was a little hard on the crews last night.”

She said there was a lot of community support for the resident and the firefighters at the scene, located between Wiggins Road and the Chehalis Western Trail and north of Yelm Highway.

“It’s a tragic scene but you can tell there was a lot of community involvement there with the families and neighbors surrounding (the scene),” she said.