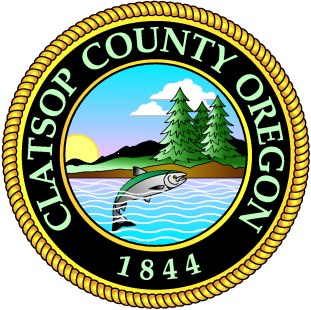 Oct. 20—Most firefighters in Clatsop County were vaccinated against the coronavirus by Gov. Kate Brown’s deadline on Monday, but minor staffing losses could cause disruption for smaller fire departments in rural areas.

Brown ordered health care workers, teachers and other school staff to get vaccinated to help deter the spread of COVID-19 and keep businesses and schools open during the pandemic. Some state and local leaders had warned the governor’s mandate would cause many firefighters — who also provide emergency medical response — to quit and leave pockets of the state vulnerable.

Keith Walling, Westport’s fire chief, who was involved in the department for almost 21 years, retired this week. “The mandate was definitely a big part of my decision,” he said.

“I couldn’t reach a place where I could require people to provide personal health information that I didn’t agree with them having to provide. So that’s really what it came down to,” Walling said. It’s a decision he wrestled with. “I could have made it work for me,” he said, “but as a leader I couldn’t come to a point where I could make people do things that I don’t feel are right.”

Walling did not mention the vaccine mandate in his resignation letter to the Westport-Wauna Rural Fire Protection District Board.

“I didn’t necessarily want to make a big deal out of it, but I’m not going to hide from it, either,” he said. “It is what it is.”

Asked if he is vaccinated, Walling said, “That’s personal health information that I don’t think is relevant. I think we all have a right to our privacy, and to me that was the point of it.”

No one else left the Westport fire department, which now stands at 10 people.

However, two firefighters chose to stop working as emergency medical responders and instead just serve as firefighters. If they show up on medical calls, they will not be doing hands-on patient care.

The only person on Westport’s staff who can respond to medical emergencies now is the new fire chief, Greg Brody, who joined the department in December 2019.

Brody said he believes the state mandate is devastating to the people of Oregon who rely on volunteer-driven departments. Westport has long had trouble attracting volunteers, and the department is not alone.

“I’m disappointed it came down to this,” Brody said.

‘No different than any of the other vaccinations’

At the Knappa fire department, which has about 20 people on staff, one or two had not turned their proof of vaccination in to Fire Chief Kurt Donaldson as of Tuesday. The chief said he doesn’t know their intentions. No one on his staff got medical or religious exemptions.

“We haven’t been affected at all, really,” Donaldson said.

On the vaccine mandate, Donaldson expressed a different view than many fire chiefs.

“I was in favor of it, personally,” he said. “As firefighters, the last thing we want to do is get something and give it to another patient or bring it home to our families.

“To me it was no different than any of the other vaccinations we’re required to get to become EMTs (emergency medical technicians),” he continued. “We had to go and get a full set of vaccinations just to take an EMT class. So, to me, there wasn’t a big difference.”

At Lewis and Clark, where Fire Chief Jeff Golightly feared he might lose roughly half of his 31-person crew, the department ended up losing one volunteer because of the mandate. Six volunteers managed to get an exemption, he said.

Vaccines “still should be the individual’s choice, not forced upon everybody,” Golightly said. “And even with the exemptions, that could all change, too, as we well know.”

Hamlet Volunteer Fire Department dropped from 11 people on the roster to 9. “We’ve had two firefighters that have elected not to continue on the fire department because of the mandate,” Fire Chief Matt Verley said.

The loss “hasn’t really affected our response,” he said. “Both of those firefighters weren’t high-level volunteers.”

But for Hamlet, the mandate comes at a time when emergency calls are up across the board, he said. The all-volunteer district covers a large stretch of U.S. Highway 26.

“Last year, we set an all-time record for calls, but we’ve superseded that one already by a significant amount for 2021,” he said.

His personal position is that “the vaccine’s good, the mandate is not,” he said.

“I think this falls squarely in the category of, ‘If you do X, then Y happens.’ And I don’t think that the mandate is going to convince anyone that’s already got their heels dug in about not getting vaccinated,” he said. “And so simply pressing the issue is causing lots of volunteers to leave during a time when call volume’s up across the county.”

Verley said he sent letters to state Sen. Betsy Johnson and state Rep. Suzanne Weber about the vaccine mandate, knowing there was little the leaders could do about it, either.

‘The mandate I don’t really agree with’

Olney Walluski’s all-volunteer fire department lost two of 10 over the mandate; one volunteer had tried to get a medical exemption and was denied. The department also recently lost two others for nonmandate reasons.

Fire Chief Jeremy MacDonald said he got vaccinated right off the bat. “That’s kind of part of the deal. That doesn’t bother me at all. If people don’t want to get it, I understand,” he said. “The mandate I don’t really agree with.”

Astoria Fire Department, which has 12 paid staff, lost one volunteer and one intern over the state mandate, bringing its manpower down from 23 to 21.

“In my book, it is what it is, so we just needed to figure out how we could comply with it, and that’s what we did,” Fire Chief Dan Crutchfield said.

A few Astoria firefighters got a medical or religious exemption, according to City Manager Brett Estes.

The Gearhart fire department did not lose anyone; their personnel remained at 29 — two paid staff, 27 volunteers — according to City Manager Chad Sweet. Four exemptions were given.

“A lot of our employees have other jobs and some of those jobs had the mandate, so in order to continue to feed their family and take care of them, some of them made the decision to do that,” Sweet said. “But many of them had already gone down the path. So the mandate increased our vaccinations a bit. Our wonderful volunteers, they were already on top of it.”

Seaside Fire & Rescue has so far kept most of its 32-person staff; only a small number of volunteers had yet to turn in their vaccination cards as of Tuesday, according to division chiefs David Rankin and Genesee Dennis.

Cannon Beach Fire and Rescue, which has a crew of 21 — three paid staff and 18 volunteers — did not lose anyone. Most had gotten vaccinated without pressure from the state, Fire Chief Marc Reckmann said.

Asked about his stance on the vaccines, Reckmann said, “My position was: It was a state mandate, and to protect the district and myself, I had to enforce it.”

The Elsie-Vinemaple fire department could not be reached for comment.

In Warrenton, Mayor Henry Balensifer and Fire Chief Brian Alsbury worried about crippling losses in their department due to the state mandate — a prospect that led Balensifer to pen a letter to Brown, telling her that, if she did not exempt volunteer firefighters, he would have to declare an emergency and request the Oregon National Guard to fill the gaps in services.

But the city came out ahead, losing one longtime volunteer over the mandate and gaining five new ones. The fire department chose to put the volunteer on a leave of absence, rather than terminate him, so that his certifications can be put on hold and he remains eligible to serve again if he either gets the vaccine or the mandate is lifted. “It was a tough decision for him,” Alsbury said.

The department now stands at 27. A handful of volunteers got exemptions.

“We do everything we can to educate and encourage people to take the vaccine. We did everything short of hold their arm down on the table and jab a needle in them,” Alsbury said with a laugh. “We can’t do that.”

City commissioners also put in their time to keep the firefighters, Alsbury said. This made an impression on the volunteers, who don’t see the commissioners as often as paid staff do.

“I think that went a long way with the volunteers,” he said.

Donaldson, in Knappa, said he is glad to see the other departments had good vaccination turnouts.

“It’s been a rough thing for us to go through, but every growing process is tough,” he said, “and at some point you just kind of have to figure out what to do and go with it.”

Thinking of the losses in other departments, Dennis, in Seaside, said one feature of the county is that “we have a real good mutual aid system, so we’re always willing and able to help each other out in need. So we’ll make it through it.”

One Dead in Fire at Maryland Retirement Community