On Sunday August 6, 2017 my fire department was called as mutual aid to a working fire in an ordinary Type III building in the city of Lorain, Ohio. The fire ferociously spread and consumed the entire building and fortunately no one was injured but the fire exposed some very valuable lessons I would like to share to you in preparing for your next legacy building fire.

Built in 1926 the Thistle Building stood in the heart of downtown Lorain at 700 Broadway Avenue. Its three stories originally housed physician offices on the first and second floors with a large open auditorium taking up the third floor. As with many legacy buildings many different occupancies and renovations took place inside with the last being the construction of several single room transient occupancies on the first floor; the second floor had some type of single apartment and the third floor open space was vacant.

At approximately 12:30 a.m. the Lorain Fire Department received a call for a structure fire and upon arrival found heavy fire conditions on the first floor and a rapidly spreading fire thanks to the open stairwell and a large group of skylights located on the top floor B side over the large open space. These light shafts are commonly found in legacy buildings as prior to the advent of florescent lighting. Large light shafts could be found on continuous structures as the best way to allow light into the building. It is these ancient building ascetics that warn of the need to be aware of these when battling the Type III “Main Street” Fire.

The pictures from this fire can help all of us in pre-planning and also anticipating fire spread once we arrive. Thank you to Ethan Bansek and TMC News of Elyria, Ohio for supplying these. As a side note this department did an outstanding job adhering to a collapse zone, something that can be overlooked until it’s too late.

Crews encountered heavy fire on the first floor upon arrival, they also had a victim rescue of two occupants on the D side. 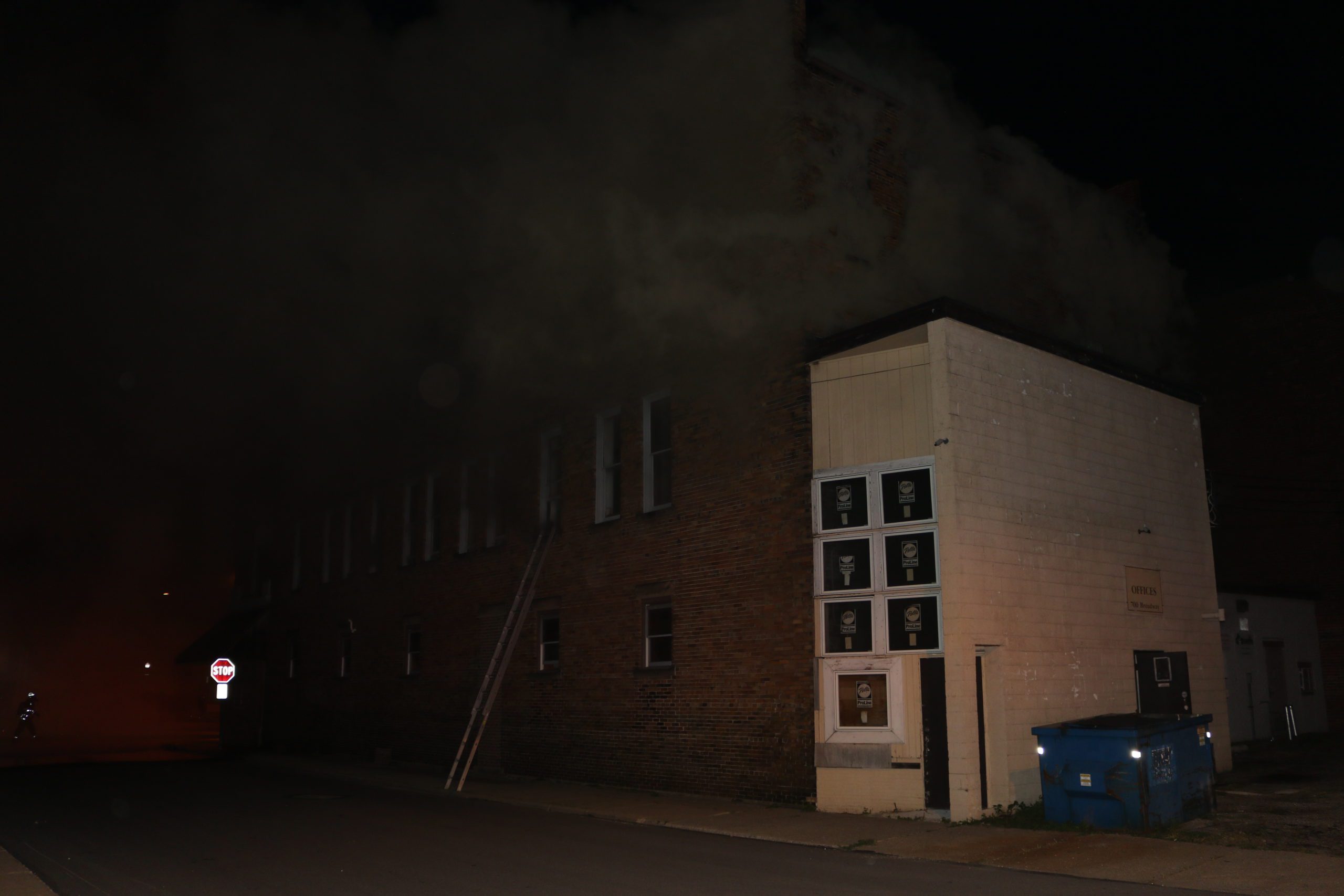 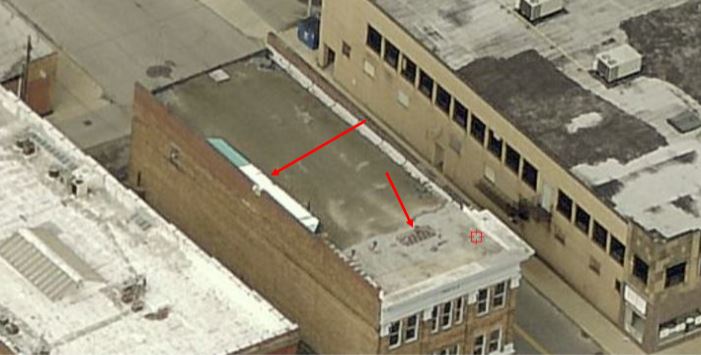 The light shafts, open stairs and space on the third floor accelerated the fire’s spread. 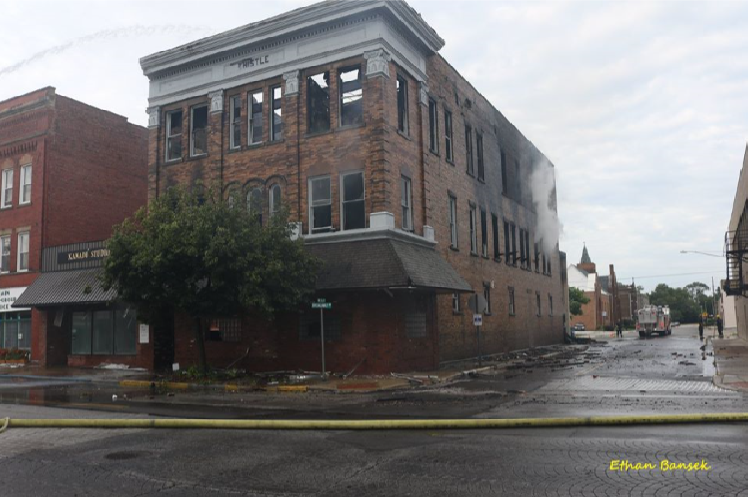 An excellent picture depicting disciplined collapse zone adherence, it can be very tempting to place apparatus and personnel on a side street or alley adjoining the fire building, resist this temptation was battling the fire. Two Kansas City, Missouri firefighters were killed in a collapsed of a Type III building when they were in an alley on the D side.

This fire while a tragedy in the fact that those who already had little lost everything in the transient living area on the first floor, also displays and excellent example for the need to study your Type III Main Street buildings, the Lorain Fire Department commanders did an absolutely phenomenal job protecting their firefighters and keeping the fire to the original building.