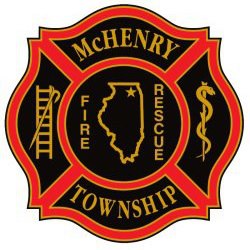 A firefighter was injured and residents in four units were displaced following an apartment fire in McHenry (IL) Sunday morning, reports lakemchenryscanner.com.

The McHenry Township Fire Protection District responded around 7:45 a.m. to the 700 block of North Mill Street for a structure fire. When first responders arrived to the two-story building they saw smoke coming from the second floor and roof, officials say.

All eight apartments in the building were searched and residents evacuated, and the fire was extinguished, the report says. A McHenry firefighter was taken to Northwestern Medicine Hospital for a minor injury; he was treated and released.

Four units were left uninhabitable due to smoke and water damage, while the other four were OK, according to the report. A damage estimate was not available.

The American Red Cross is working to find housing for the displaced residents.

The Nunda Rural Fire Protection District and the Crystal Lake Fire-Rescue Department assisted. The cause of the fire is not known and remains under investigation.