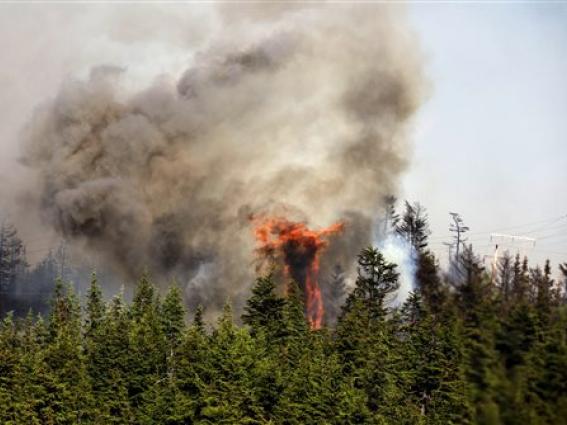 ANCHORAGE, Alaska (AP) – Authorities on Monday advised residents and guests at an Alaska hot springs resort to evacuate immediately after a nearby wildfire intensified.

The Fairbanks North Star Borough issued the evacuation order when the fire reached a point less than a mile (1.6 kilometers) behind Chena Hot Springs.

The Alaska Division of Forestry said the fire was moving toward the resort and there were two well-developed smoke columns behind the hot springs.

Firefighters were working to cut a fire break behind the hot springs. But they were pulled back to focus on protecting resort structures, homes and cabins along Chena Hot Springs Road.

The agency has ordered additional crews and engines to help fight the fire. Pumps, hoses and sprinklers have been set up around the resort, cabins and homes.

The fire was started by lightning. It was first reported June 18, burning about 5 miles (8 kilometers) south of the resort.

The resort is about 60 miles (96.56 kilometers) northeast of Fairbanks.