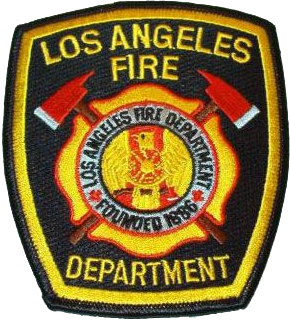 Aug. 24—New cases of COVID-19 among Los Angeles Police Department employees nearly doubled over the last week, causing concern among officials who are trying to make it as easy as possible for officers to get access to vaccine doses.

LAPD Chief Michel Moore in Tuesday’s Police Commission meeting said there were 84 new cases in the department. The week before, there were 45 new cases.

Moore said the largest number of those new cases, 26, were in LAPD’s Central Division, which covers some of the densest areas of the city, like Downtown L.A., Hollywood and Koreatown.

“This is a substantial increase from last week’s numbers,” Moore said. “And Central area is our hotspot.”

The department says 2,977 employees have tested positive for COVID-19 since the start of the pandemic.

The jump in the numbers comes months after vaccines for COVID-19 were made available to Los Angeles police officers. The vaccination rate among officers and civilian employees of the department remains significantly lower than the adult population of the communities they serve: LAPD’s overall vaccination rate has been stuck at around 52% since June.

The vaccination rate for the city of Los Angeles is just under 70% for adults, according to L.A. County data.

The continued surge in cases also comes as the department rolls out a vaccination clinic program targeting each of its stations. The department had not provided a list of stations where the mobile clinics were currently available as of 2 p.m. Tuesday, though police commissioners at their meeting noted some clinics were up and running in the San Fernando Valley.

Moore announced the program bringing mobile clinics to all of the department’s stations weeks ago at around the same time that the City Council was debating a vaccination mandate for public employees.

The council voted last week to require all employees to show proof they’ve been vaccinated by October. Only employees with legitimate religious or medical reasons would be exempt from the mandate.

The city’s mandate goes beyond a similar California state program requiring its employees, as well as health care workers and teachers, get vaccinated or submit to weekly testing. No such testing option will be available to L.A. employees who want to skip their vaccine shots under the ordinance as written. The rules still need Mayor Eric Garcetti’s signature to become official.

Commanders of both LAPD and the Los Angeles Fire Department have struggled since January to rapidly get their employees vaccinated. Recent LAFD numbers also show around 50% of its firefighters have gotten vaccinated. City statistics show that as of Friday, LAFD has seen 1,034 employees test positive during the outbreak.

At least four LAFD stations as of Tuesday were undergoing COVID-19 outbreaks.

What discipline could result from officers refusing to get vaccinated has not been determined yet — the chief said he and other delegates from the department would meet next week with the Los Angeles Police Protective League, the largest union representing LAPD’s rank-and-file officers, to start talking about a deal.

Moore has blamed misinformation and conspiracy theories about vaccines for the hesitancy among a large number of his officers. He said some officers mistakenly believe that having gotten COVID-19 already, they don’t need to be vaccinated. He said some still believe the vaccines are not safe, despite Pfizer’s COVID-19 vaccine recently receiving Food and Drug Administration approval.

The department has tried to counter misinformation about vaccines with its own messaging. Apparently responding to reports that officers continue to be seen not wearing masks in the field, Moore in his weekly chief’s message reiterated the department’s requirement. And he said LAPD created a video of COVID-19 survivors and families of officers who died from the virus imploring employees to get vaccinated.

Among those who got COVID-19 recently were some who were already vaccinated — however, both studies and anecdotes have shown vaccines greatly increase the odds of surviving the virus. Moore said one officer with pre-existing health conditions who got COVID-19 despite being vaccinated credited the vaccine with him still being alive.

The video featured the wife of one officer who died of COVID-19. Even after his death, she was still hesitant to get vaccinated. She said her children convinced her, telling her they didn’t want to lose another parent.

“We’ve seen the impact of misinformation and disinformation,” Moore said. “These campaigns are impacting our communities, and our department.”