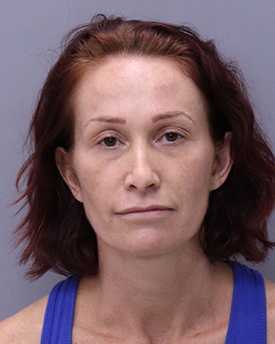 When Kailani Jo Kroll was pulled from the cab of a Florida fire engine that she tried to steal last month, she denied being under the influence of any drugs, reports thesmokinggun.com. However, she did admit to taking the “Elixir of Life” before trying to take the apparatus.

Kroll said she needed treatment, but while being escorted to an ambulance she began running back and forth, according to the report. First responders began to disperse, but not before someone yelled that Kroll was stealing a truck.

Officials found her in the driver’s seat of an unoccupied truck, and St. Johns County Fire Rescue personnel removed her. She was handcuffed, arrested, and offered an apology, the report says, that she “lost my marbles.”

Police officials asked her if she was under the influence of anything and she said no, but that she had taken the “Elixir of Life.” The elixir is not described in court filings, but it is thought to be from the mythical world of Harry Potter, the report says. Produced by the Philosopher’s Stone, it’s supposed to grant the drinker immortality.

Kroll was arrested for grand theft auto and resisting law enforcement officers; she was released after posting a $2,000 bond.

Seven Halawa (HI) Inmates Transported to ER Due to Illness; COVID-19 not Suspected